The Business Landscape In Greater Ortigas The Greater Ortigas area is shaping up to be the next big business destination. Various multinationals are already operating within the district, giving it the same kind of atmosphere as the established CBDs (BGC, Makati, Ortigas).

There are numerous factors contributing to Greater Ortigas’ rise as the next big business district. From affordable office lease rates to large employable population numbers, the cities included in the Greater Ortigas area have much to offer in terms of business.

QC has multiple townships such as Eastwood City, Vertis North, and Bridgetowne which contribute to the city’s steady growth. Now emerging as a top-tier business destination, Quezon City is offering more serviced office and coworking space options for multinationals and startups alike.

Companies seeking quality office space for lease should set their sights on Bridgetowne’s newest office building, Robinsons Zeta Tower. Developed by Robinsons Land Corporation, this Grade A, 20-story office building will house a KMC flexible office, the first of its kind in all of Quezon City.

The Tiger City has become one of Metro Manila’s most aggressive economies, with various commercial strips surrounding the city. Shaw Boulevard, as well as Boni Avenue and Libertad can be found around Mandaluyong, offering citizens and employees in the district with endless choices for work, lifestyle, and leisure.

Mandaluyong is also evolving into a haven for coworkers, with several established coworking space providers in the city. But a fresh, new flexible workspace in Rockwell Sheridan Tower 1 has opened in the district under the KMC banner, delivering quality coworking areas and even private offices for companies that need quality workspaces

Pasig City is a premier business destination. It is where the headquarters of many local corporates and multinationals, as well as a major leisure district with several malls spanning its 31.46 km2 area.

While Pasig has the distinction of being a CBD already, new office space additions are always welcome. In this case, another Robinsons Land Corporation project is rising in the Pasig portion of Ortigas.

KMC’s flexible workspace in Robinsons Cyberscape Gamma will be the company’s third facility in the Ortigas area, offering 321 production seats across different office setups. With coworking areas and private offices, Gamma has the right unit for any company.

In case it isn’t clear yet, Greater Ortigas is the best business destination outside of Metro Manila’s CBDs. These cities north of Makati and BGC not only provide comprehensive features that the CBDs also offer, they’re also cheaper alternatives that growing companies can take advantage of. 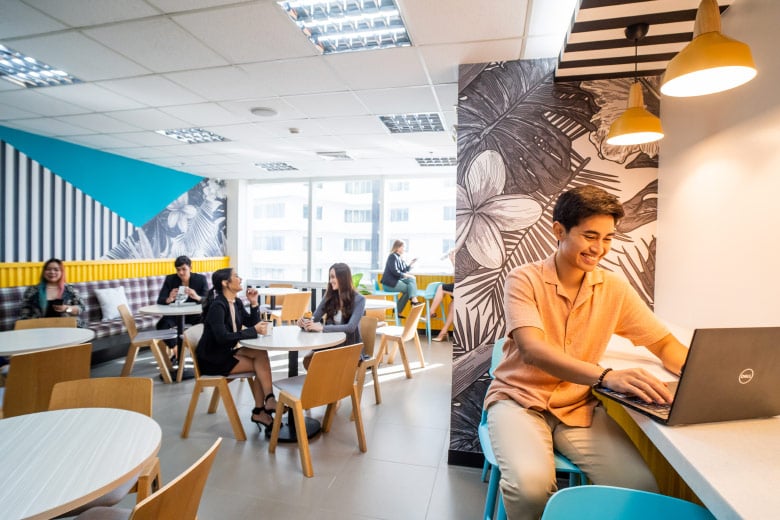 7 Tips for a Stress-Free Work Day The New Nature of Workplaces How to Leverage Workplace Flexibility To Retain Talent How Flexible Workspaces is Revolutionizing the Way People Work